An overview of the System features:

The main motor adopts frequency conversion speed regulation, which increases the stability of speed regulation of the main machine and can save 30% of electricity. The screw barrel adopts 38 chromium molybdenum aluminum. After nitridation treatment, the traction frame adopts encoder control to form a closed-loop control with the flow control of the main feeding motor.

In the production of plastic film, pipes, cables and so on the actual moment packing density changes of raw materials such as plastic pellets, non-uniform flow, as well as the temperature difference between day and night, power grid voltage fluctuation, filter clogging, causing uneven thickness, in order to solve such problem, our company developed the automatic Mick weighing controller, this product can achieve automatic control gram of blown film machine, feed flow rate by Mick weighing controller, according to the changes of the traffic control main feed motor speed to control membrane gram, so as to achieve in the membrane under the condition of invariable wide film thickness uniformity.

3. It has alarm functions such as material shortage alarm, feeding overtime alarm and overfrequency alarm of the main feeding motor, which can remind workers to deal with all kinds of emergencies in real time, reduce scrap rate and improve production efficiency.

4, real-time display of the current volume length, easy to grasp the opportunity to unload the volume. 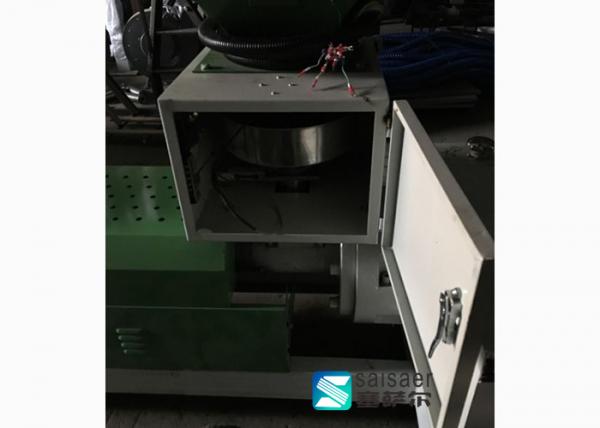 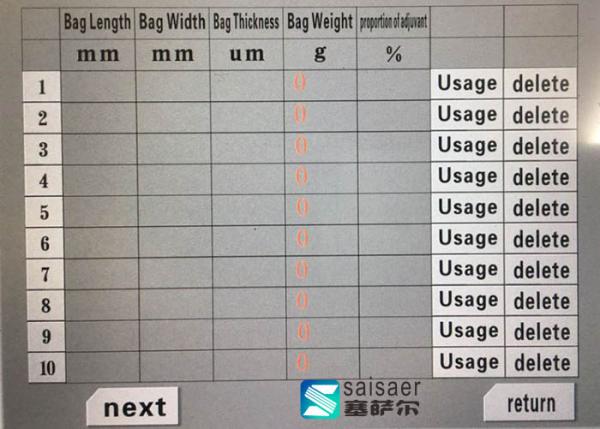 The company currently has 4 kinds of types, 50 kinds of specifications of plastic machines.

Saisaer machinery is invested by fengxing science and technology co.,limited,which specialized in manufacturing&reselling all kinds of plastic machines,accesories and auxiliary equipment of plastic processing machines.

Energy-saving will be the future development trend of the plastic machine, relying on our engineer's 17 years of technology accumulation, we develop high-efficient,energy-saving plastic machine,which help our customers to reduce the production costs, maximize the benefits, since entering the market, won the praise of customers.

We are available for our customers whole day and night, the first time to respond obtain the high recognition of our customers at home and abroad.

For each of our machines, we will do our best to do every after-sales service in its life cycle.

At present, our company has not only a large number of customers in China, but also export our machine to Russia, North America, South America, Europe, Middle East and other countries and regions.

We will continue to improve our machines, and we are committed to manufacturing cost-effective, high-efficiency energy-savling plastic machine for our customer,live up to the vast new and old customers to our love.

Send your message to this supplier
You May Like
Find Similar Products By Category:
Plastic Product Making Machinery
Hot Searches:
Inquiry Cart 0
Contact Us
Inquiry Cart
Back To Top