1. The release of Windows 8 was followed by a lot of complains from the users. The lack of the start button on the lower-left corner was one of the biggest complaints. Windows 8.1 is the update, or rather upgrade to the tiled operating system. The ‘new’ operating system aims to add a few tweaks and fixes to address the mass outcry that followed the release of Windows 8 while introducing some new features.

2. Most users of Windows 8 where not happy about the tiled start screen interface and were hoping that the update would have the Windows 7 kind of layout. If you are one of them, then this is bad news for you since Microsoft have decided to stick to their modern UI, which is focussed on touch-based computing.

3. Another sore spot for Windows 8 users was the start (or Windows) button, or its absence to be precise. Luckily, Microsoft has reintroduced it along with some vitally needed simplification of the menu. For instance, the reintroduced start button comes with a right click option that enables the user to perform a range of tasks; from opening the task bar performing a search to restarting or shutting down your computer. The shut down or restart feature is most welcome considering the work one has to put in to find the power option in Windows 8. All in all, the menu in the updated OS is more user friendly to mouse and keyboard users.

4. If you have ever used Windows 8 you will realise how annoying it is when the machine boots to the tiled menu, at which point you are required to click on the desktop icon to go to the desktop. The good news is that Microsoft has responded to the complaints and introduced a boot to desktop option. The option is however cleverly hidden under Taskbar > Properties > Navigation.

5. The search option in Windows 8 is another upgrade worth mentioning. This feature makes it possible to search through settings content and cloud files in addition to apps, which were given priority in Windows 8 search feature. The upgrade Windows also comprises a snap function, which makes it possible to have multiple running apps on one screen. With the right kind of resolution, you can have up to four running apps on the screen.

6. The camera app in Windows 8.1 has been given a massive upgrade. The camera has a range of photo editing tools to enhance colour change brightness and contrast as well as deal with the red-eye effect in addition to the six different filters included. This is a big boost considering that in the Windows 8 camera app, the only offered option was to crop photos. The music department has also had an upgrade, with the interface redesigned to make navigation easier. Not to be left behind, the Windows store has been redesigned and now has a cleaner look featuring larger images in an otherwise sophisticated layout.

7. The bottom line is that Microsoft has gone some way in atoning their sins against the users but more will still need to be done. The touch based modern UI system needs some redesigning and it clashes rather badly with the old design desktop.

Users with Windows 8 have the option of updating to Windows 8.1 for free but for the rest, it will cost you some money.

Additional Requirements to Use Certain Features

Internet access (fees may apply)
For touchscreen, you need a tablet or a monitor that supports multi-touch 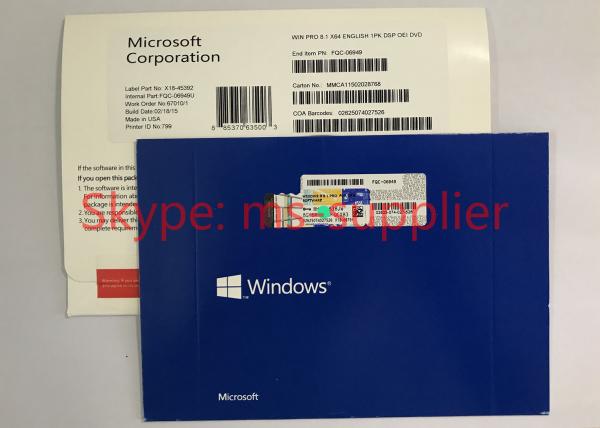 We are from Ant Technology Co., Ltd that have been committed to software and intelligent hardware R & D group the global sales since 2004.

The source of customer satisfaction is our product whether you are Software Certified Reseller, Amazon and Ebay Online Sellers, Retail Store owners,Soho PC Repairs, Agents , and Personal.

Great software requirements create global benefits from you with us.  Choose best and most convenient software trade way Today.

We are authorized by Microsoft Value Added Reseller, Microsoft Government and Education Reseller, Microsoft Academic Dealer and Microsoft OEM System Builder. We focus on making it difficult to purchase or stop commercial software at a competitive price for the company / organization worldwide.

Over the past few years, our customers have grown rapidly from all over the world, and our goal are the trust and satisfaction we build with our customers. Here you will be pleasantly surprised to get a certified software solution.

Send your message to this supplier
You May Like
Find Similar Products By Category:
Locks
Hot Searches:
Inquiry Cart 0
Contact Us
Inquiry Cart
Back To Top